The lathe is an essential tool in any serious watchmaker arsenal. It is (and always was) quite costly, see for example this online US-based supplier : http://www.ofrei.com/page_205.html. Fortunately, there has been few improvements on the typical watchmaker lathe since the late 19th century, and a lot of used lathes are still in operation.

One well known (at least in Europe) lathe and tool maker is the Lorch company in Germany. Active between 1885 and 1976, Lorch produced a wide range of lathes, small tooling and accessories for watch and clock making, and more generally for any precision work. They used various commercial names, such as “Lorch”, “F. Lorch”, “Lorch, Schmidt & Co”, “L, S & Co”.

A page from a Lorch brochure

The pride and joy of the workshop is a 8mm Lorch, “left handed” (they seem to be easier to find, it does not change anything much except the cross-slide operation), with two ball bearings on the headstock. Probably made before the second World War, it came in a beautiful wooden box loaded with accessories: 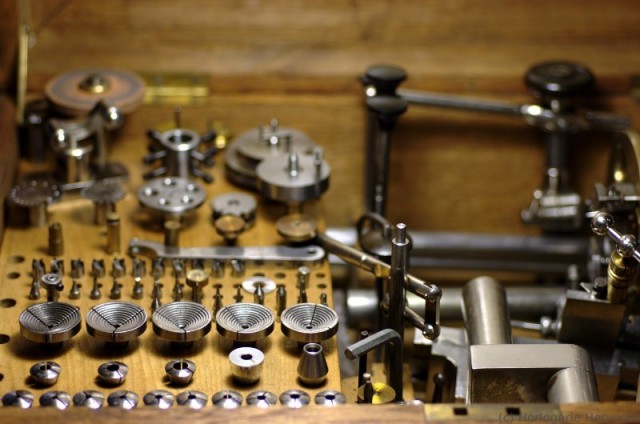 Some of the accessories contained in the box

The typical headstock has one ball bearing only, this headstock is much less common and according to the tool maker, should be even longer lasting. 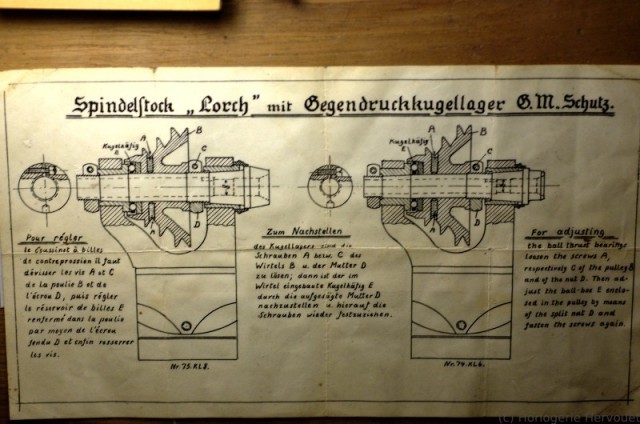 The schematics of the headstock

Watchmaker lathes are not only tools for professionals nowadays: collectors are also interested, there are some nice resources on the Internet: 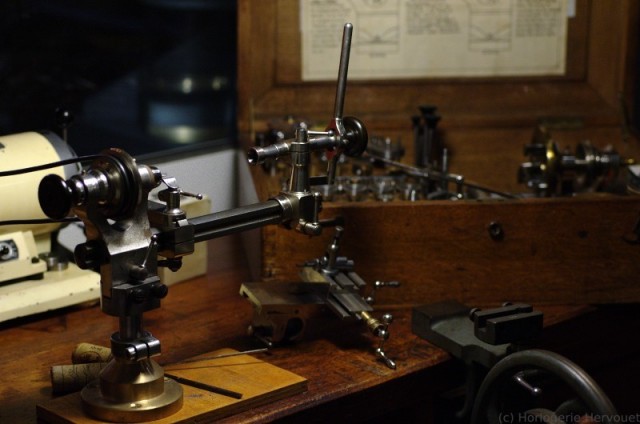 On the workbench, with the motor and handwheel