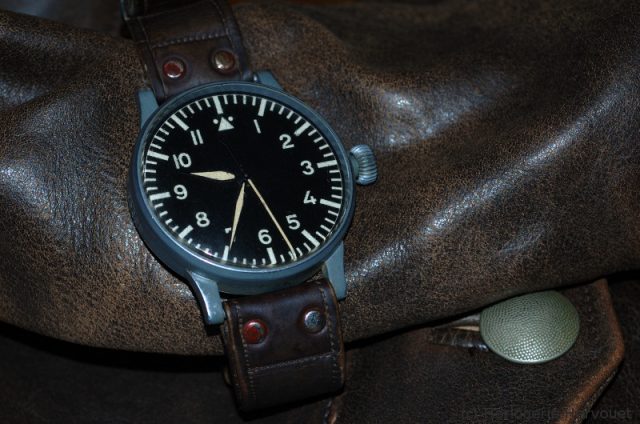 The german Luftwaffe “observation watch” of WWII is a classic. It was more a navigational tool than a watch, and only worn by pilots or navigators over their flying suits. It was also not issued to anybody in particular, but used only when needed and returned after each flight. Wartime Germany having enormous needs, a specification for a navigational watch was emitted and a few suppliers were selected : IWC (swiss), Wempe, Laco, Stowa, Lange&Söhne (german firms, using also swiss ebauches). All those watches were externally mostly similar, with a grey finish, big crowns usable with gloves and a 55mm diameter; not exactly a wristwatch. 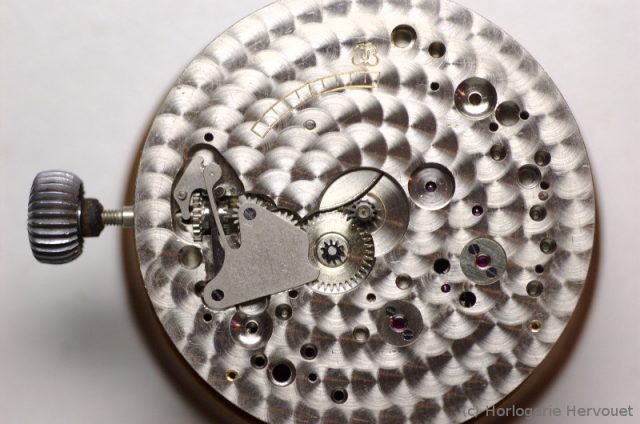 The Unitas movement, under the dial 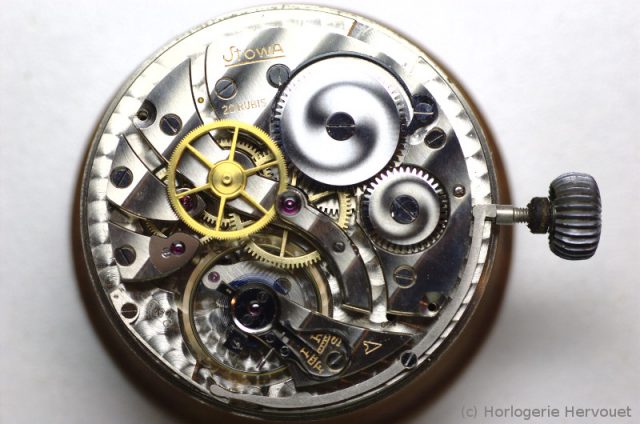 Note the leather gasket on the stem

Walter Storz’s (Stowa) version of the B-Uhr is based on a swiss Unitas ebauche; this movement is very well finished, most notably the jewels are not flat but convex, thus limiting all friction in the geartrain to a minimum. As per the specification, the base movement is modified, an indirect central second, a swan neck regulator and a hacking stop are added. Such add-ons are quite uncommon on a pocket watch movement.

Detail of a jewel

The various markings inside

The dial design remains very popular, and is easily found in a lot of modern watches of all kinds of type, price range, and taste.

A few resources:
a military watch expert, K. Knirim
a current example of an IWC “Flieger”
the Stowa brand is still active